Representatives of the US-based “Silverleafe International” company arrived in Uzbekistan in 2018 to take part in the reforms, conducted by the administration of the President of Uzbekistan Shavkat Mirziyoyev. Their interest to this Central Asian nation is based on old family relations through two grandfathers and father, who have business relations in cotton industry of Uzbekistan since its inception in early 1930s, later in 1970s and 1990s. This fact helped to adopt fast decision in family council on acceptation of invitation of the Government of Uzbekistan to join modernization process of agriculture sector, invest financial resources and experience in creation of a vertically integrated structure, including such main links as – field, deep processing and access to the international market. In the same year, for the implementation of the project, a joint venture Silverleafe in the form of a limited liability company (LLC) was created with local partners, and the Government allocated land to the balance of the joint venture in Pakhtakor district of Jizzakh region.

From the first day, the newly created US-Uzbek enterprise has been entrusted with a great responsibility to convince themselves and make skeptics move away from the old stereotypes regarding the investment climate in Uzbekistan. The American government, the US Department of Trade and Commerce, leading banks, the international community, represented by the International Labor Organization, representatives of the diplomatic corps of various countries, the UN office, have chosen this project as an indicator in assessing the changes taking place in the country in recent years. According to the heads of the joint venture, this process takes place in close cooperation of the joint venture with colleagues in the agricultural sector and with the support of the departments of khokimiyats (local administrations) and the republican government.

Today the general director of the joint venture, Mr. Dan Patterson, who during the pandemic remained in the fields of Jizzakh region, shared his feelings about his choice to come and work in Uzbekistan: “Everyone, who is engaged in international business may confirm the statement that this is very a specific business, which requires a lot of human effort, and at certain moments, dedication and resilience, in order to simply adapt to a new cultural environment. This is a two-way road. We have been assigned a task and we strive to achieve positive results. We must all realize that we are doing a common cause. There is a mentality, worldview that has developed over decades, and, finally, an economic and legal system. I see my responsibility in participating in the changes in these segments. This is daily hard work, in debates, disputes, we find a consensus and a mutually acceptable solution. This process takes time and energy. But sometimes it also happens that one incident of low professionalism knocks us off the positive rhythm and can lead to reputational damage, and at the same time jeopardize the success of our efforts. I will give one example: The Press Center of the Republican Agency of Land Cadaster, posted on its website information about the misuse of arable land by our joint venture, I will note that it is on our balance sheet, indicating that they are not used for agricultural needs. It reported, along with other unverified facts, that we had built an airfield. Immediately, the media picked up this “sensation” to “entertain” their subscribers. Here I want to note that anyone who comes to us with a question can always receive both documents and confirmation that our legal department strictly monitors the legality of our actions. The rented aircraft arrived to us, after careful approval of the entire legal procedure, and is an agro-technical tool for growing crops. By the way, we placed it on a strip of earth cleaned and leveled from the blockage on the side of the zavur. I would like these facts to be refuted after our meetings with the Agency. It only remains to repeat that Rome was not built in one day. Understanding people, our common values and goals, gives a lot of strength. It is also very important that you are supported by a family that is a thousand miles away and wants all your efforts to bring a positive result. Therefore, you need to believe in success and really love what you do.”

The joint venture Silverleafe has set itself the following primary tasks:

At the initial stage, the joint venture “Silverleafe” began to operate in three main areas: – agriculture, irrigation and textiles. For two years, Silverleafe has conducted joint research with the participation of specialists from the University of Mississippi and various scientific institutions of Uzbekistan in the field of environmental and water conservation, soil science, cotton seed treatment, the introduction of bio stimulants and plant protection. To obtain high quality products and eliminate the use of manual labor, Silverleafe uses the latest generation of mechanized John Deer technology. A team of Uzbek specialists and workers in the agricultural sector from Jizzakh and the village of Mingchinor, who previously worked in the fields that were transferred to the JV’s balance, have now been trained and are working together with the JV. They now operate the machinery using state-of-the-art navigation technology, which controls all stages of cotton production. The new technology of pulsating irrigation PULSARTM is a water-saving system that conserves, according to local experts, up to 40% of water resources. Cooperation with the aviation company HUMO Air helps the joint venture to carry out pollination and field processing more efficiently and in a timely manner. Silverleafe creates a balanced eco-system based on state-of-the-art technology proven over decades in the United States.

Apart from its direct tasks, Silverleafe takes an active part in the development of humanitarian programs. So, in 2018, “Silverleafe International”, initiated negotiations between the largest research center for oncological diseases in children – St. Jude, located in Memphis, Tennessee and the Ministry of Health of Uzbekistan. An important fact is that due to the lack of statistics and initial data, back in 2018 all of Central Asia was in the penultimate place in the list of regions for potential cooperation with this research center. But, after lengthy negotiations between Dan Patterson and Dr. Rodriguez-Galindo, the delegation of the St. Jude made the first visit to Uzbekistan in May 2019. Central Asia now ranks first in the list of St. Jude for the development of research and assistance in the fight against children cancer. In October 2019, Silverleafe became a co-sponsor of the largest charity event in Uzbekistan – “Charity Ball” at Hyatt Regency Tashkent. All funds raised from tickets and the auction of the event were donated to the Ezgu Amal Foundation.

Dan Patterson contributed to the relationship between St. Jude research center and Ezgu Amal Foundation. This acquaintance has served as a close collaboration, and even now, during the pandemic, the Foundation’s employees are taking free online fundraising courses at the research center. The Foundation’s leaders were invited to Memphis for a training session at St. Jude, received an American visa in March, and are now looking forward to opening the borders.

In July 2020, Silverleafe became the general sponsor of the Jizzakh Women’s Football Team “Sogdiana”. The “Sogdiana” team consists of 20 young and energetic women from all regions of Uzbekistan. Each of them is unique in its own way, has its own distinctive features, which together allow them to organize a close-knit team to achieve great success. Silverleafe, following its philosophy, together with partners creates enthusiasm, comfortable conditions for training and improvement of football players.

The main goal of Silverleafe is to create positive change, increase interest in innovative opportunities, adapt and introduce new technologies. And in the aggregate, the company promotes innovative reforms, breaks old stereotypes and progressively builds the authority and image of Uzbekistan as a successful country with an attractive climate for successful participation in the development of the world community. 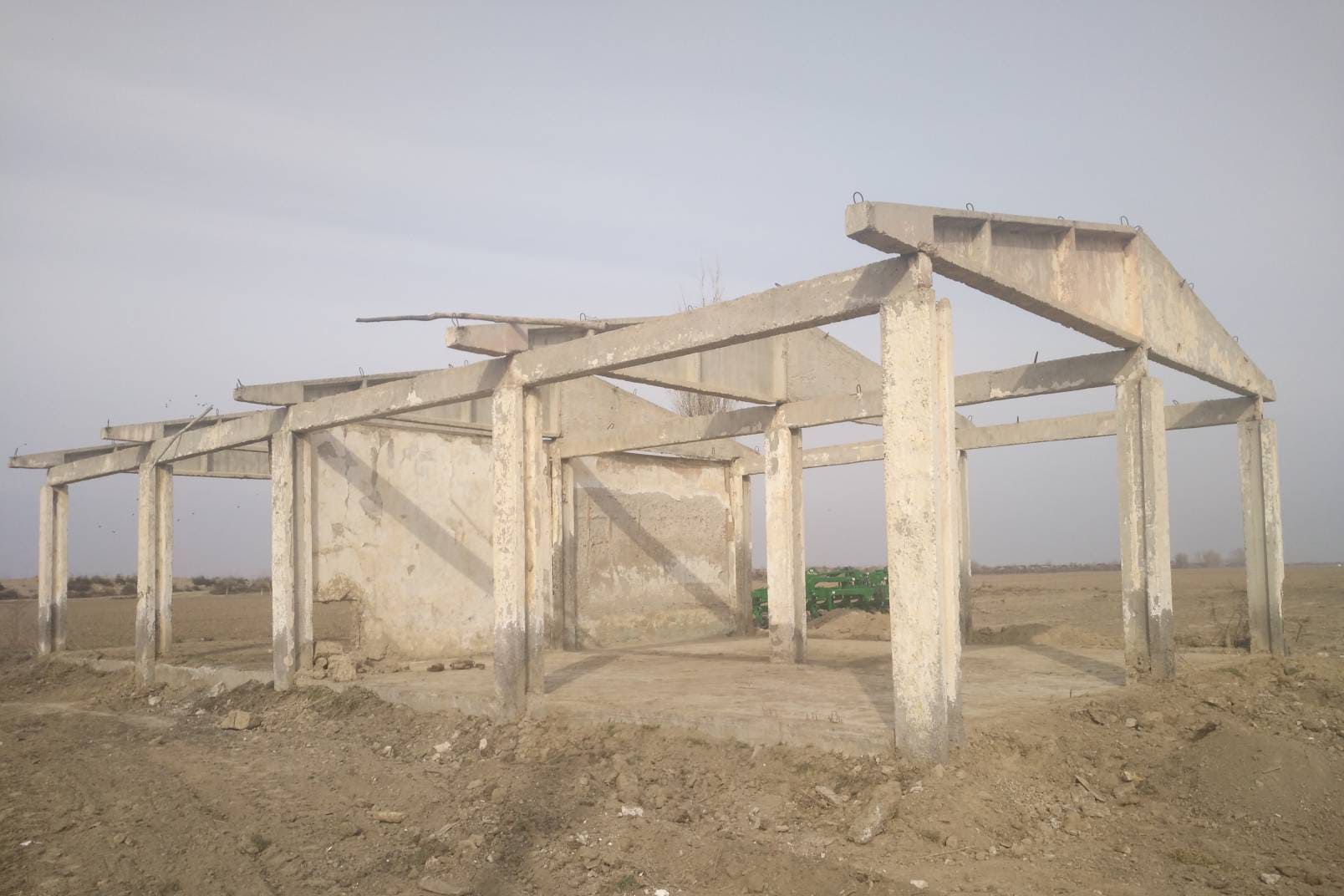 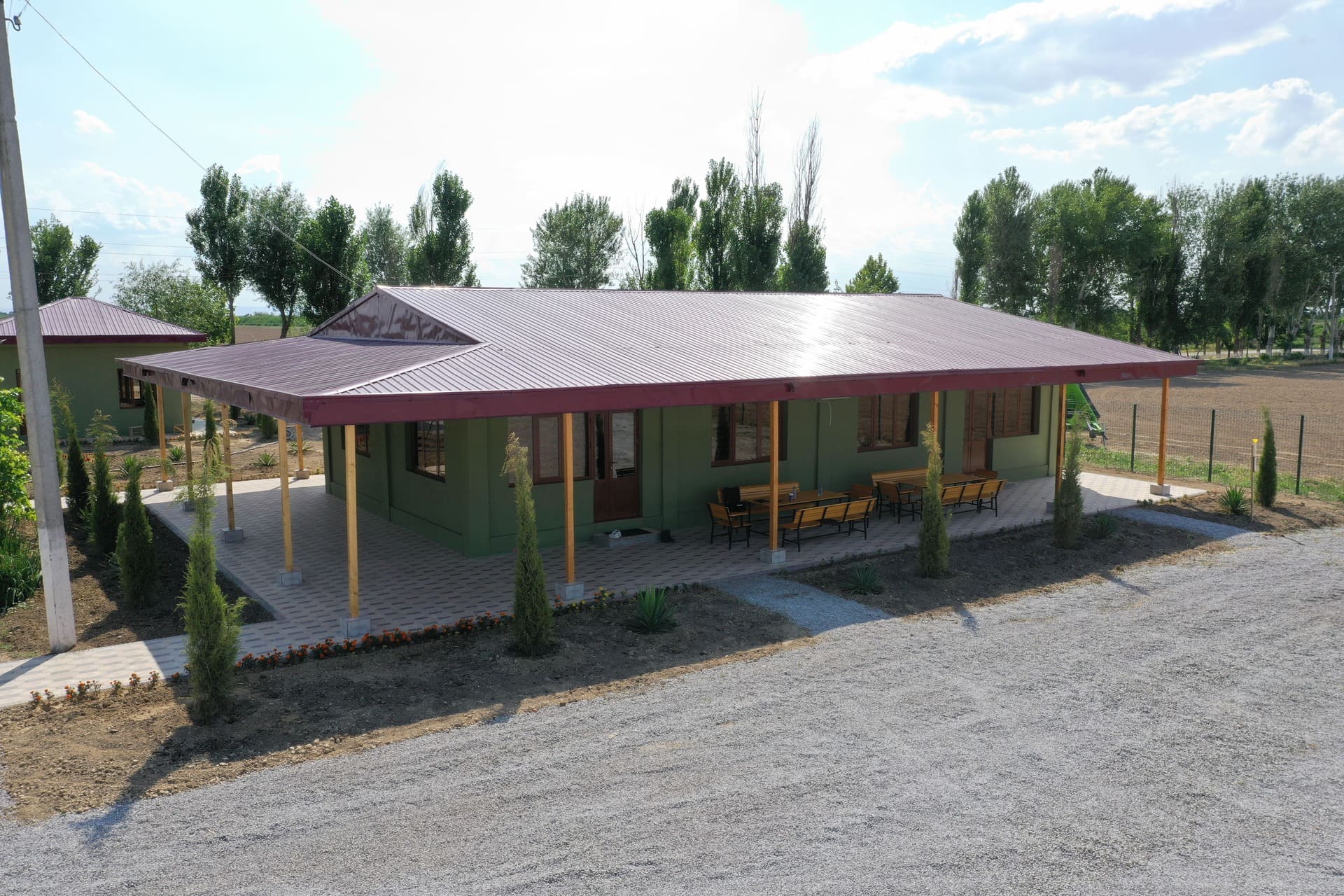 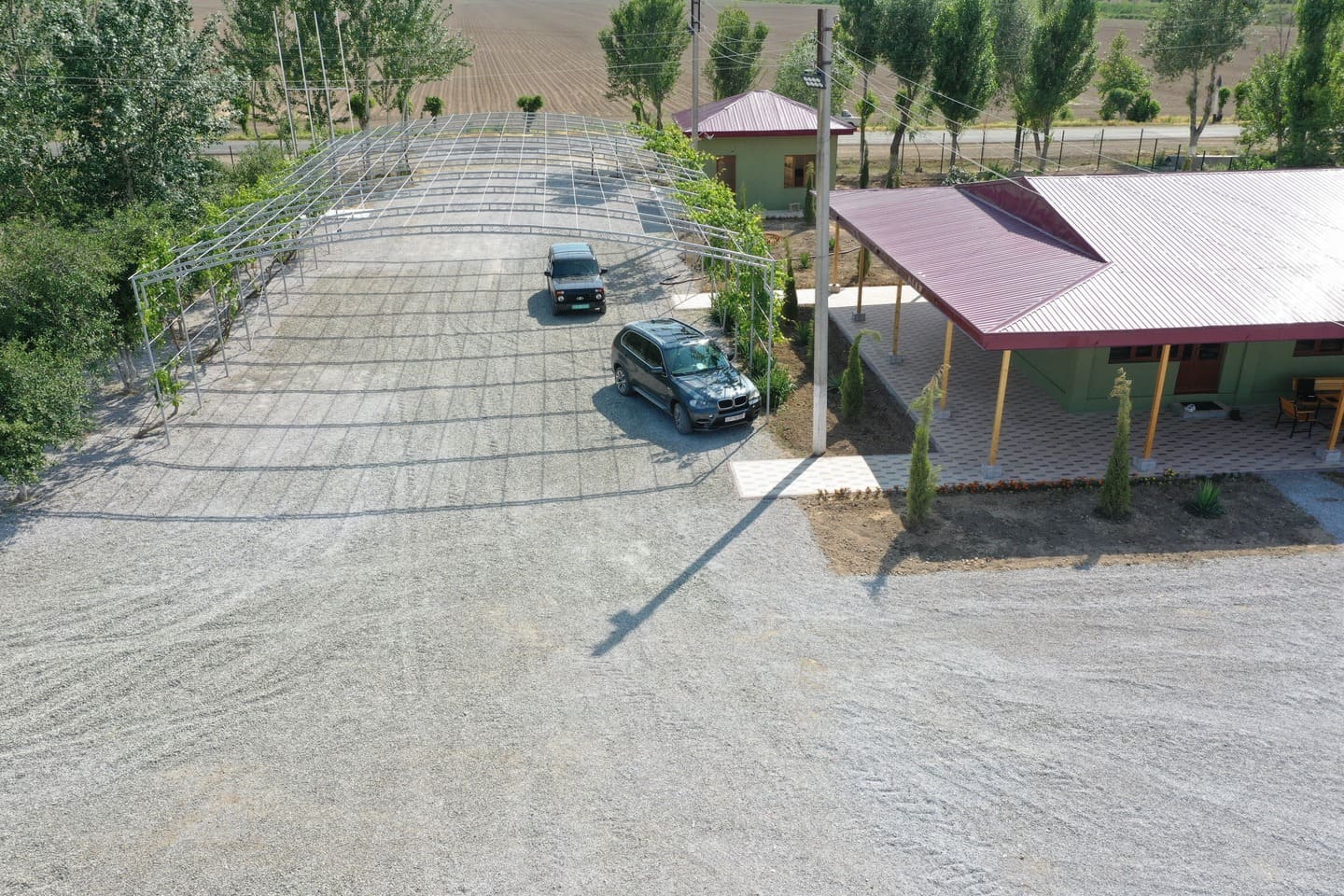 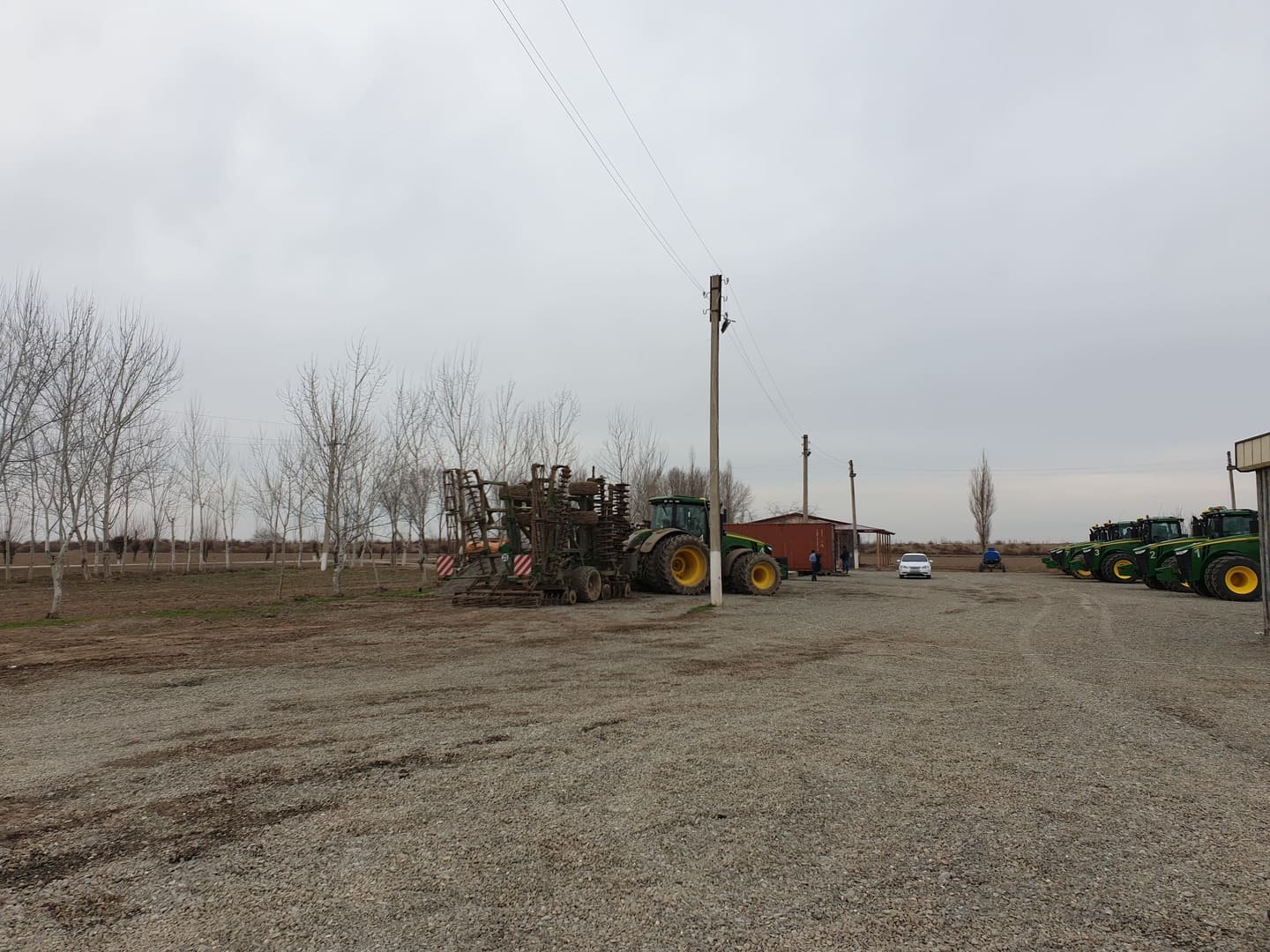 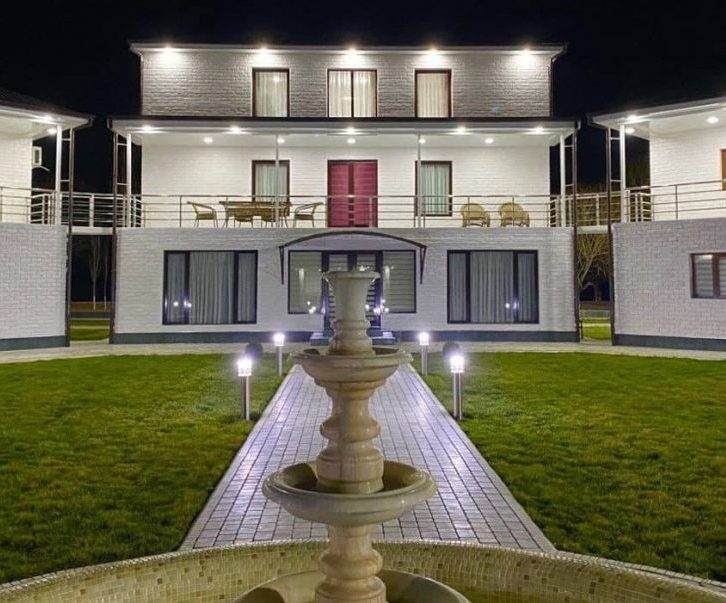 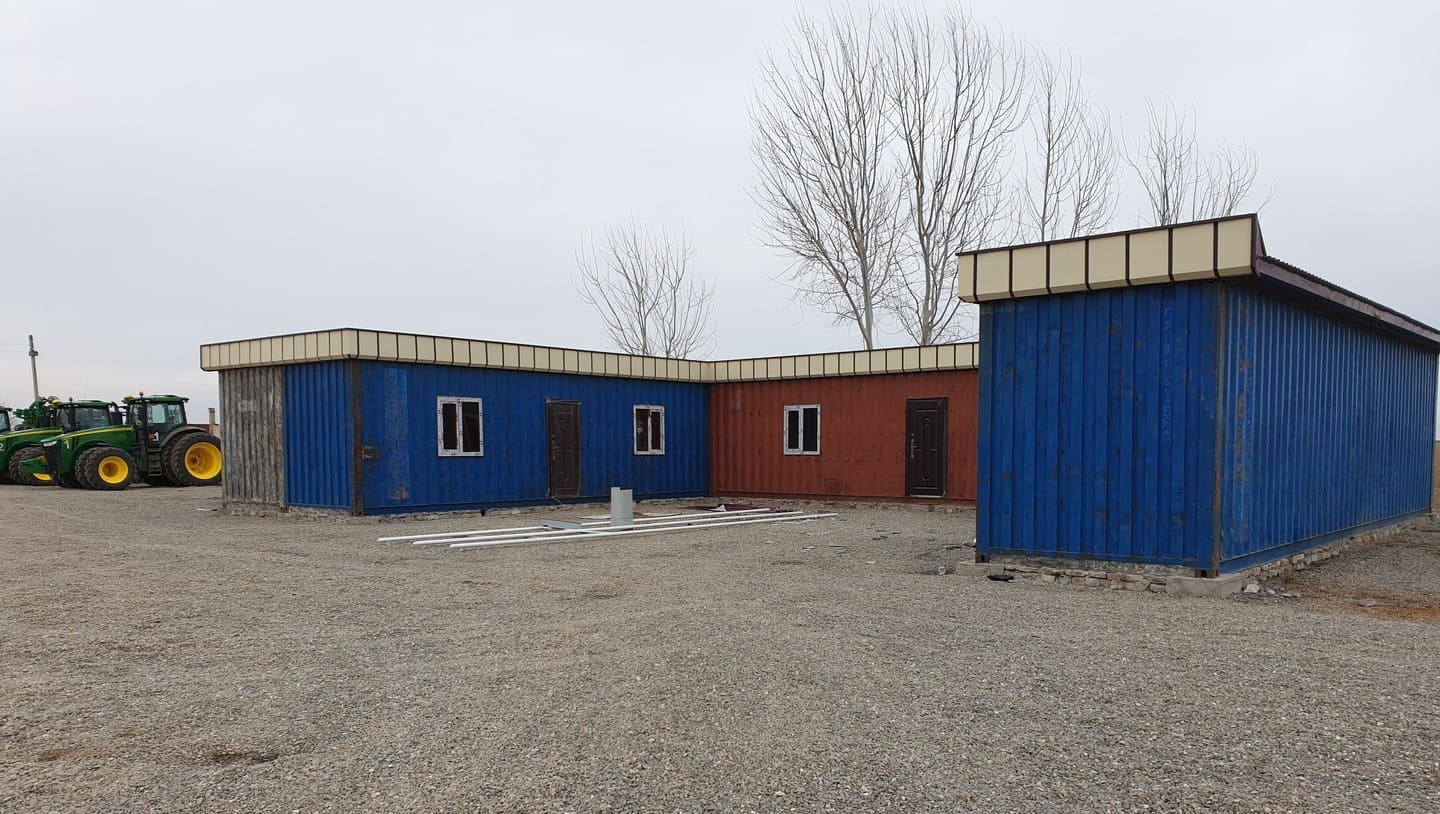